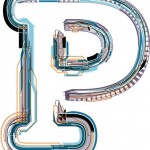 The P word? … you know, posture. As a physical therapy student some fifteen years ago I was taught to evaluate posture based on observing the relative positions of key anatomical landmarks … ear over shoulder over hip, etc.

Only the professors of course used the appropriate scientific names… external auditory meateus lining up over the acromion process, and I could go on from here. We were instructed in the perils of poor posture. Those forward heads and overly curved lumbar spines would most certainly result in stiff necks, sore backs and worse. One of our missions as good PT citizens was to save our patients from such maladies by teaching them good posture which as best as I could figure out meant instructing people how to line up their landmarks. If one of our charges just couldn’t seem to get it right, it was up to us to figure out which muscle groups were either too tight or too weak to allow for the ideal configuration of body parts and then try and come up with appropriate strengthening and stretching exercises.

Even back then I felt like I had as many questions as answers. First of all, why did bad posture seem to be more the norm than good posture? By the time I got to PT school I had studied dance for many years and was pretty darn sure that the ability to line up body parts in an ideal configuration really didn’t have much to do with the ability to move on stage or in life with grace and ease … hmmm. Still I believed that having bad posture couldn’t be very healthy for the musculosketal system and as a young orthopedic/sports medicine physical therapist I tried to get my patients to fix theirs … only to see them revert by their next visit.

Looking back I am sure it was nothing personal. More likely whatever they had done to line up their landmarks was forgotten as they exited the door of my clinic. Perhaps what they carried away was a bit of guilt about not being able to get the posture thing. I dutifully prescribed what would seem to be appropriate stretching and strengthening exercises, but was never entirely convinced that they helped much. This is not all that surprising having read recently that it takes only about 15% of normal strength to maintain posture.

The reason I became a PT in the first place was because I was interested in movement and wanted a way to pursue that interest and feed myself (and my cats) at the same time. If I could ever figure out how it was that those natural athletes moved with such ease and grace and teach that to my patients I would be one happy and successful physical therapist. Partly for self-improvement and partly in quest of the answer to my question I began to study the Alexander Technique.

The Alexander Technique has had a profound effect on my clinical thinking and practice. I now think PT school missed the boat in failing to instill in us that posture for lack of a better word is a NEUROmusculoskeletal event. I now suspect that so many folks have bad posture because the world is full of so many stresses and strains that have caused us to interfere with our inherent postural reflexes. Now instead of telling my patients what they need to strengthen and hold to achieve a desired anatomical configuration, I try and guide them into seeing how little muscular effort they can use to dynamically balance their skeletons. The answer to the posture question now lies for me in forms of neuromotor re-education such as the Alexander Technique.